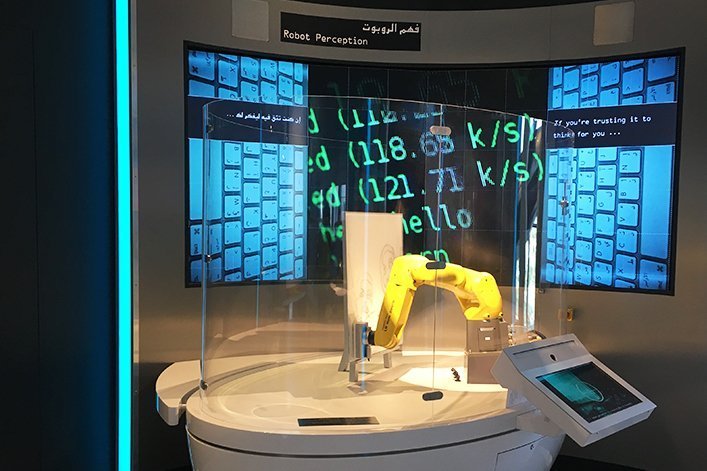 As developers of industrial automation and machine-vision applications, Artemis Vision tries to explore creative and novel ways to test development skills while having a bit of fun in the process. STEM education, robotics, and automation continue to drive creativity and innovation, so we have taken the opportunity to create this “masterpiece” displayed at one of the world’s largest cultural complexes. Visitors can act as the robot’s muse by scanning their faces to provide it with an image, which is then recreated as a portrait from the robot’s perspective. The robot’s masterpiece is created on a whiteboard and then erased in preparation for the next guest.

Our first edition of the Portrait Drawing Robot made its debut at the Rocky Mountain BEST Robot Competition where we had the chance to share our efforts with budding young engineers.

Robotics and technology are making breakthroughs in various industries, including the art scene, so we combined engineering skills and FANUC Robotics technology with a creative flair…our engineers programmed the system to detect and capture the intricacies of the human face and draw them as accurately and creatively as possible.